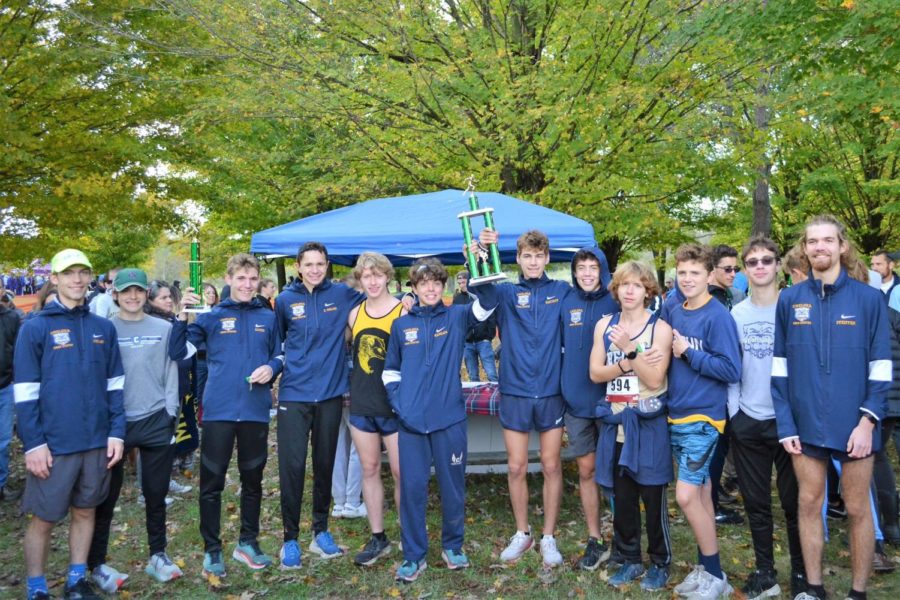 The Chelsea boys and girls cross country teams’ have had a successful normal season and are now shifting their focus to states and what they can do to improve.

Connell Alford (‘24) believes that Chelsea cross country has been successful because their coaches expect 100% of their effort and won’t let them give any less than that.

“When people first join our cross country team they’re surprised by how much work and mileage we put in,” Kate Gaiser (‘22) said. “I think that’s what makes us different.”

At the moment the boys’ cross country is ranked 2nd in the state for division two.

“This year our team has stepped up and performed way above expectations and won huge meets,” Alford said. “I’m definitely proud of my team and myself–I can say that I have raced well and have consistently been one of the top runners in Division 2.

The girls’ cross country team has also had an extremely successful season, as they are currently ranked 1st in their region and ninth in the state.

“Overall this season’s been going very well,” Gaiser said. “We’ve had a lot of personal bests, and we’ve placed well at meets. Obviously, we’ve had a few hiccups here and there throughout the season but I think coming into the important time where we have the regional and possibly the state meet we’re coming together and putting in hard work.”

Both the boys’ and girls’ cross country teams are known for having a family-like bond and a drama-free atmosphere.

“Cross country is a very mental sport so you go through all the emotions with your team,” Gaiser said. “That builds trust and support between us. We also spend time with each other outside of cross country which makes that friendship bond even stronger.”

Since Gaiser is the captain and only senior on the girls’ team, she needs to lead the team and make sure everyone is supporting one another during tough races.

“I would love to see the team place either first or second for the regionals and definitely get to states one way or another,” Gaiser said. “Then, for me personally I would like to run a 19 minute race again. I would also like to make the all region team.”

As states arrive, runners like Connell Alford, Bram Hartsuff (‘23) and Trillan Krug (‘24) are aiming for personal bests and state finishes.