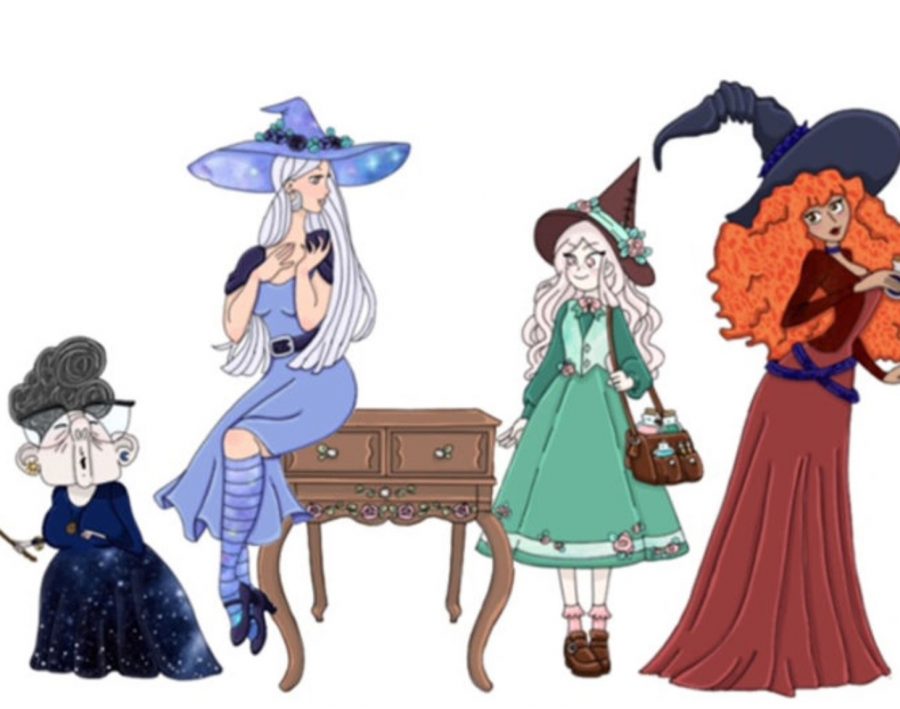 Due to the pandemic, senior Katie Moore found herself writing two radio plays to replace the fall and spring theatre guild productions.

Back in the summer of 2020, Moore’s director approached her about writing a radio play because a normal fall production could not be performed.

“That was when I wrote Wonderful Wacky Witches, a four episode series radio play that followed the adventures of four witches fighting against an evil corporation,” Moore said.

Wonderful Wacky Witches is available to stream at chstheatreguild.com.

After the success of the fall radio play, Moore wrote an extended version of her last play to act as the normal spring production.

“The Adventures of Helga the Heroic Witch is about an hour long,” Moore said. “It’s about one of the witches from the previous series, Helga, and her life before she met the witches.”

Moore’s play is to be performed Thursday, June 3rd at 6:30 pm outside of Chelsea High School across from the student parking lot.

“Obviously I wrote this play for my cast members to perform,” Moore said. “But I also try to write plays that highlight women because not only do we have a disproportionately female cast, but because in my ten years of acting in plays, the leads are often men, which do not highlight female voices– something I always strive to do.”

Moore is looking forward to seeing all of the cast members perform their take on the characters that she imagined and improve them even more than she ever thought.

“As a senior, I’m feeling extra sappy about this,” Moore said. “I’m so so thankful for the incredible theatre community who has made me into the person I am today. I love the community so much.”