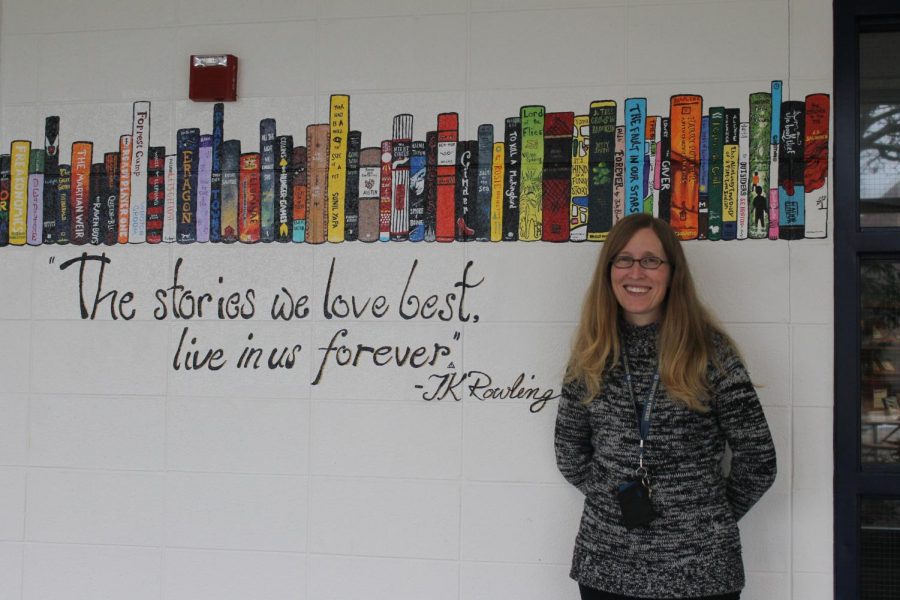 After she graduated from U of M, aspiring architect Shannon Krug  moved to Chicago, where she lived for nine years and took the nine placement exams needed to become a fully registered architect.

“I grew up with a dad who was an architect, and I had known since the 10th grade I was going to be an architect,” Krug said. “My first job ever was working for my dad because he owned his own business.”

While working as an architect, Krug was part of many projects. She was hired by Solomon Cordwell Buenz in Chicago to help design The Heritage at Millennium Park, a high-rise condominium building. She also participated in the

design of the Ravinia Outdoor and various university projects.

“I can go to Chicago and I can point to a couple high rise buildings that I was a part of designing,” Krug said. “You’re so involved in the design process and the creation of the documents, drawings, all the details, and the 3D renderings that if I was to walk by one of those buildings, it would just flood me with memories of all of that concentrated time and effort.”

However, when Krug and her husband had their daughter Trillian, they moved to Chelsea, Michigan. At the time, Krug still worked as an architect for a firm based in Chicago.

“I was like their China,” Krug said. “I worked in the middle of the night, taking care of my daughter and nephew during the day.”

For Krug, working around corporate America’s time table was difficult. The general stress of a workplace, coupled with the chaos of caring for two small children, made for a difficult experience.

“I worked in an environment where sometimes it was 80 hour workweeks, and it hurt me physically and mentally,” Krug said. “You couldn’t walk away for the day and enjoy the space of your evening.”

Not only did Krug feel like the stressful timetable was getting to her, but it was interfering with the time she could spend with her daughter.

“By the time Trillian entered kindergarten, I decided I wanted to be a part of her schooling and her life that way,” Krug said. “I gave up my career in architecture, which is hard to do when you go to school for a lot of years and dedicate your life to something, but I wanted to be an at-home mom for my kid.”

Krug, however, still needed a job. Since she wanted to have a larger role in her daughter’s education, the former architect looked to her experience in education.

“When I was in college I also was a GSA and a graduate student assistant,” Krug said. “I taught structures classes for the architecture school, which are math-based courses where students learn calculations for how snow loads sit on a roof, as well as wind load and live load. I loved that teaching part. Like I said, my dad was an architect, but my mom was a teacher, so it’s a bit like I’ve lived in both worlds that they lived in, which is nice.”

As much as she loves being a part of the school, the transition was difficult at times.

“I loved the art side of architecture,” Krug said. “Growing up watching my dad at the drawing board with the pencils, the coloring, the sketches, the line weights, and the lettering you had to do was amazing. When that started shifting to all the computer work, I was very sad staring at a computer instead of standing up and moving around and having my whole body be immersed in the designing process.”

Krug started volunteering at schools, first as a substitute teacher, then more consistently as a volunteer in the media centers at North Creek and South Meadows Elementary. Finally in 2014, a job opening for the Chelsea High School Library popped up and Krug has been working at CHS ever since.

“I did substitute teach, but I felt most comfortable subbing in the media centers so I got to know the Destiny system, and how the school library operated,” Krug said. “That was what led to my interest in applying for my current position. I am not a librarian and I don’t have a library sciences degree, but I’ve always been an avid reader. Being surrounded by books and working with books is like a paradise for me, I love it.”

Working in the CHS media center has also opened up more room in Krug’s to spend more time with her daughter.

“I just wanted to be on my daughter’s schedule, which is why I wanted to be in the school system,” Krug said. “This job allowed for that.”