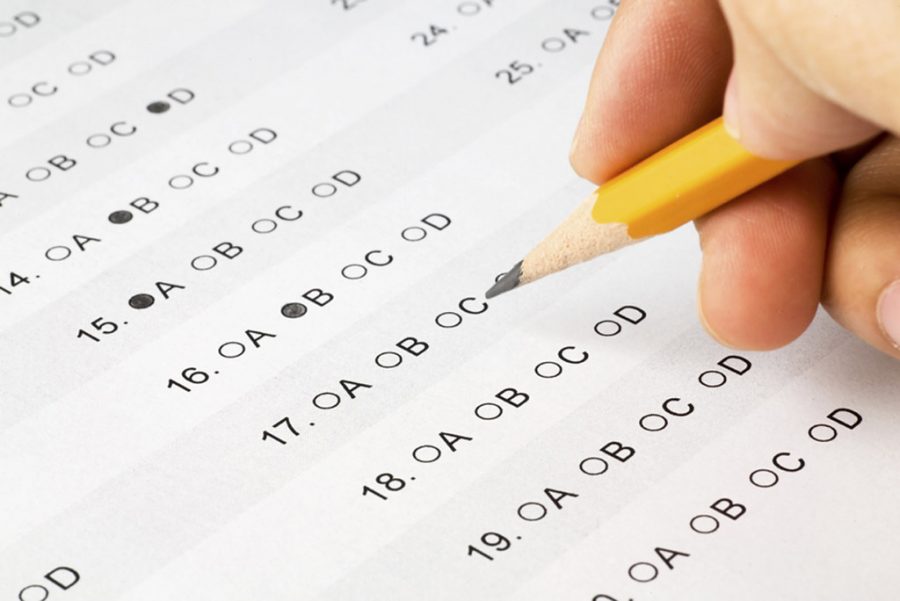 Final exams’ focus is being shifted from traditional end of term assessments to summative assessments, where students are tested throughout the term. While COVID is the primary cause this year, CHS has been looking to make a shift for a while now.

In a video emailed to families of students, Principal Michael Kapolka explained the direction that future final exams are heading.

“An authentic assessment is something where students are able to apply their acquired knowledge in a course,” Kapolka said. “These use different modalities, such as our twenty-first century skills. It’s also spaced out over the full term; it isn’t a one time assessment at the end of the term retesting students on content that they’d already been assessed on over the course of eleven weeks.”

Traditionally, finals are exams given at the end of each trimester and test students over all the information they’ve learned. In the past they have been worth 20% of a student’s grade, which caused extra stress for many students.

“What will happen here is that students’ grades will be based on 100% of the work and assessments done during the term,”  Kapolka said in the video.  “This provides a little bit of grace to a student towards the end of the term. Sometimes, that 20% can adversely impact a student’s grade in a class, so we are moving away from that.”

This does not mean that students will not have a final, cumulative test in some of their classes at the end of the term. These tests will not be worth a large percent of a students grade but instead will be weighted like other tests in their grade.

Though the tests can’t be worth as much weight, some teachers are still using the end of the trimester final as a chance to assess what students learned.

“In our math classes, we’re still wrapping up our term and we’re still taking the end of term test, which covers any major concepts from [what we’ve learned],” math teacher Heather Hugg said. “It’s not as long as a final exam, but it still has main things that I want students to walk away with. I want to assess that they have learned these things.”

With summative assessments, the focus on assessments will shift on tests and quizzes given throughout the trimester.

“[Staff] will still have an opportunity to summatively assess students,” Kapolka said in the video. “The way that they would do that is by giving unit tests, mastery quizzes, individual and groups projects, presentations and things along those lines.”

This year would not be the first time finals have been canceled. Strong said that a few years ago, finals were cancelled because there were too many snow days in the second trimester.

“As we got close to the end of that trimester, I think all the teachers and us started to [wonder how we could] give a final exam if we missed two and half weeks, because the final exam covers everything that’s normally covered in a trimester,” Strong said. “It wouldn’t be fair to the students, so that trimester we did not give final exams, because we couldn’t, and that was the first time that we did that.”

Strong said that the school made this decision because they wanted to focus on their ultimate goal in helping students, for “students to genuinely and authentically learn the material, grow, and mature, in whatever subject area it is.”

“Our goal isn’t to give tests,” assistant principal Luman Strong said.  said. “Giving tests is not the end zone of what we want to do. Our goal is to make sure that students learn and grow and are able to best understand whatever it is [they’re learning].”

With the shift from traditional end of term assessments, the school is looking at other options for giving students opportunities to show their knowledge.

“We’re looking at other ways to make sure that students still are able to show what they know but in a way that’s a little more hands-on and allows them to demonstrate in a project form rather than just simply taking a test,” Strong said.

Hugg agreed with the decision the school had made, for various reasons.

“I think it’s understandable, because we’re in such a difficult situation [with the COVID-19 pandemic],” Hugg said. “I’m not quite sure how valid the tests and assessments that we’re giving are anyway, because a lot of times I feel like kids are being honest, but many times, my gut is telling me that some kids are copying others or cheating. I don’t know if a final exam would be able to tell me that much anyway.”

Another concern was the inequality between taking a final exam in school and at home.

“It would be unfair for kids in class versus kids at home,” Hugg said. “Kids at home could be getting away with a ton of things and with kids in class the teacher would be right there watching them, so it’s not equitable in that way.”

Many students seem happy with the decision, as it will decrease their stress in this difficult time. Isabella Treglia (‘22) said she was happy about the decision and did not want to take final exams.

“It will definitely make me less stressed, and I’m sure it will make other people less stressed,” Treglia said. “It will put less pressure on us, because we won’t have to try to find time to study on top of everything else.”

Both Treglia and Hugg agreed, though, that during a normal year exams are important. Treglia said it was “a good review of everything you’ve learned to make sure you can still remember most of it.”

“In general, I do think it is important to teach kids how to take exams and how to prepare for a large test, so if they ever have to take any large test to get into a college or SAT types of tests, they’ll have those experiences with multiple choice and a large type of test,” Hugg said. “As teachers we also need to teach kids how to do and prepare for that and just give them a random test.”

The decision the school makes are finals are not made with just considering CHS, either.

“One thing we do try to do is talk with other schools,” Strong said. “I think that’s an important piece. Mr. Kapolka talks with other principals from around the area all the time. We communicate so that our choices line up with what other schools and colleges are doing. The decisions we make are not isolated.”

Strong said the school is still considering what to do about finals when the school year is relatively normal again.

With everybody in different places this year, more focus has been placed on learning than assessments. This shift in thinking is changing the future of finals, and it might be for the better.

“It’s good to focus [on the fact that] we want you to be learning for learning’s sake, and trying your best, and doing your best,” Hugg said. “We’re not out to ruin your grade with one major test. Everybody has a different situation right now; it’s just hard for everyone, and I think having no exams this year is okay because it gives the students one less thing to be stressed about.”