Face Behind the Place: Mike’s Deli 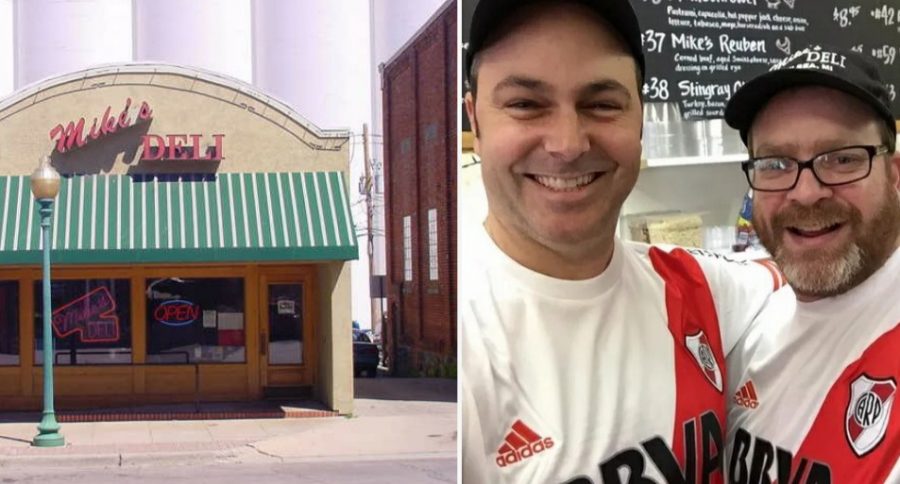 Eight years ago, Todd Bennetts didn’t expect to find himself taking on our community’s beloved Mike’s Deli. Ever since he found the opportunity to own his favorite Chelsea restaurant, he has seen a loving community and has contributed so greatly to the deli that we all know and love.

Bennetts has been running the show for eight years now, but his plan was originally to start a business from scratch. He stumbled upon the opportunity to buy Mike’s Deli with a partner, and his business expertise gave him just what he needed to change his plans and get started here in our city. He saw small changes that he could fix with his degree in finance, and he decided that buying the deli was the right move.

“Mike’s Deli was my favorite place in town,” Bennetts said. “I would be there eating fairly regularly, and I found out through the grapevine that it was for sale. It made sense because it was always really popular and had really good food, but needed a little bit of help. I’m more on the business side, but I love food; I felt as though I could make a positive impact with the deli instead of trying to start something from scratch in Detroit.”

“My favorite thing about running the restaurant is the connections to the community,” Bennetts said. “I might have seen someone, then I find out someone else was their husband or wife, then I get to know their kids and see them grow up. I find mutual interests with many of the customers. I can talk to them about soccer, travel, wine, or whatever we end up sharing an interest in. I feel really connected to the customers in that way.”

One of those ways that Bennetts mentioned feeling connected to the community is through his love of soccer. Back before the pandemic, he talks about how he and some other soccer-loving community members would sometimes gather together to watch soccer on their big television in the deli.

“A lot of people that regularly come into the deli know me as a soccer fan,” Bennetts said. “Once, when the World Cup was going on, my wife had been on a business trip in Brazil and brought back these loud horns. And anytime there was a goal we would be blowing the horns, which was just a really funny community time with a handful of people that were interested in watching the games with us.”

In the past year, Mike’s Deli has had to make significant changes due to COVID-19 including shutting down, and is now open only for carryout orders. Even so, Bennetts believes things are going very well, particularly under the circumstances with the pandemic. He’s optimistic about the future, and is content with how things are going for the deli at the moment in time. Even in a pandemic, his friendly spirit and talented employees are what take Mike’s Deli from an ordinary salad and sandwich joint to the lovable restaurant we’re lucky enough to have around.

“We never seem to miss a beat in terms of having things work well,” Bennetts said. “I think, over the years, that’s a certain expectation and consistency with what we do. One of the happiest moments was after we shut down for a few weeks. I didn’t really know to expect when we came back, and those first few days were incredibly busy. It really reinforced to me how important Mike’s Deli was to many people in the community, and that made me feel really good.”