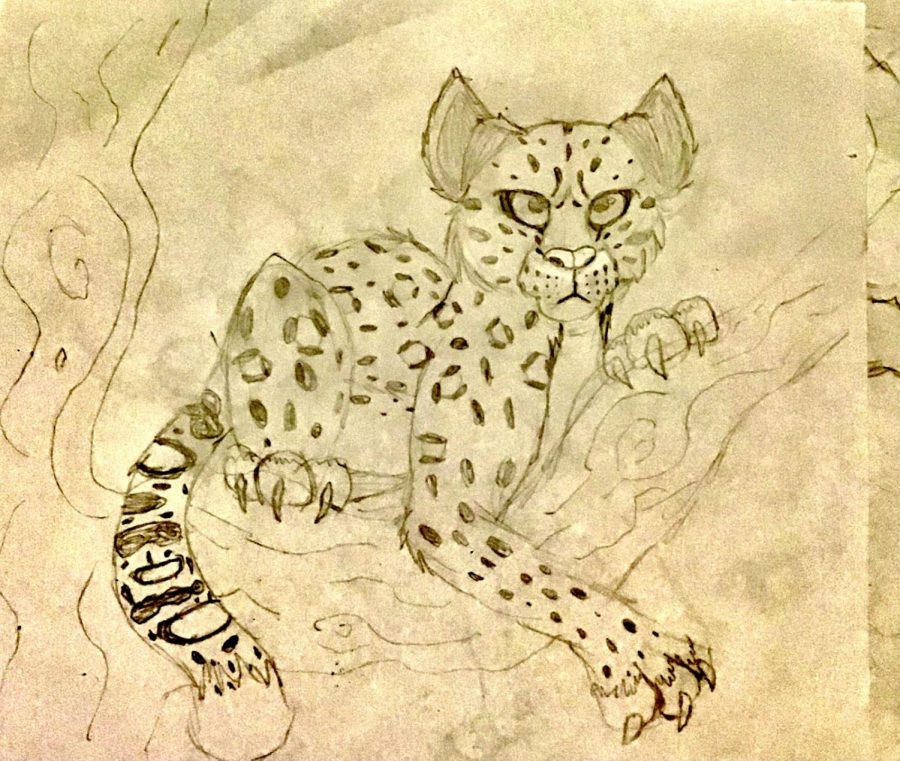 Vivian Vanden Bosch (‘23) has been an artist ever since she can remember selling art for twenty-five cents at her grandmother’s garage sale when she was 4 years old and surfing the web for inspiration.

“I decided to set up my own stand, and I drew and sold pictures,” Vanden Bosch said. “My mom didn’t think anyone would buy my drawings and told me to only sell them for twenty-five cents, but people who came would give me ten to twenty dollars for each.”

Vanden Bosh was inspired to draw by various artists on YouTube and has explored the world of digital art and animations for some time.

“So many artists that I watched inspired me,” Vanden Bosch explained. “I wanted to do the same, so I began drawing,”

When it comes to expanding horizons, Vanden Bosch has experimented with various art forms including contemporary and animated skits.

“I record audio that I found funny then create an animated version of it,” Vanden Bosch said.

Vanden Bosch’s art can be loosely defined as cartoonish or animated. She enjoys drawing animals and focuses on portraying emotion in the facial expressions and body language of her drawings.

“I’m very good at expressions—which I find a lot easier with a cartoonish art style—because it allows you to express yourself and the emotions of your character,” Vanden Bosch said. “Like in old-fashioned cartoons, everything going on is unrealistic, but you’re able to feel what’s happening.”

Vanden Bosch’s favorite thing about art is how it portrays the artist’s thoughts and feelings which sends out a message to its viewers.

“Art is a way to communicate your ideas through images, thoughts and feelings you wouldn’t normally say out loud,” Vanden Bosch explained. “If you do it well enough, you get the right people to look at it and say ‘I know what you’re trying to say and I relate to that.’”