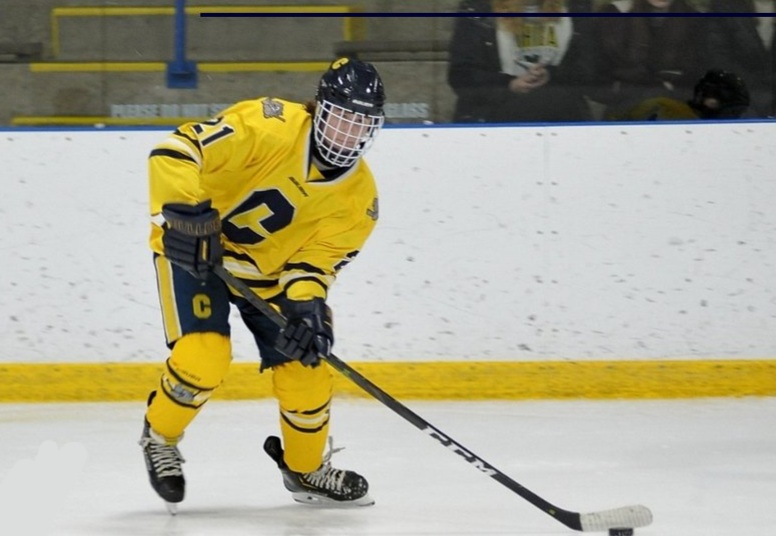 Ice hockey was one of the sports that has been considered higher risk for COVID-19 because it includes contact play. Due to this, the season was delayed from November to February 10th.

The Bulldogs opened up the season on Wednesday against Lumen Christi with a 5-2 loss, but two days later, the team came out with a bang against Lenawee United for a 10-2 win.

Tyler Valik(‘21) scored the first 2 goals, and Drew Sherwood(‘23) added to the lead to give the bulldogs a score of 3-0 after the 1st period.

Valik scored his third goal of the game and Devin Mclntyre(‘23), Brendan Westcott(‘21) and Brandon Davila(‘24) also scored to make the score to 7-2 after the second period. The Bulldogs scored 3 more goals in the third period to bring the final score to 10-2.

The team played their final game of the week against Pinckney on Saturday, February 13th.

The first period opened up with goals from Jack Capper(‘21) and Devin Mclntyre to give the bulldogs a 2-0 lead. Pinckney came back scoring 2 goals to bring the final score to 2-2 at the end of the third.

During overtime Valik scored the game winning goal, to bring the final score to 3-2.

“I think we played best in our most recent game because we played more like a team,” Brandon Davila said. “I am looking forward to seeing how we finish the season and keep developing our team.”

The team’s next game is tonight at 7 against Jackson. To watch the game live, visit the Chelsea Athletics channel on YouTube and click on the livestream.