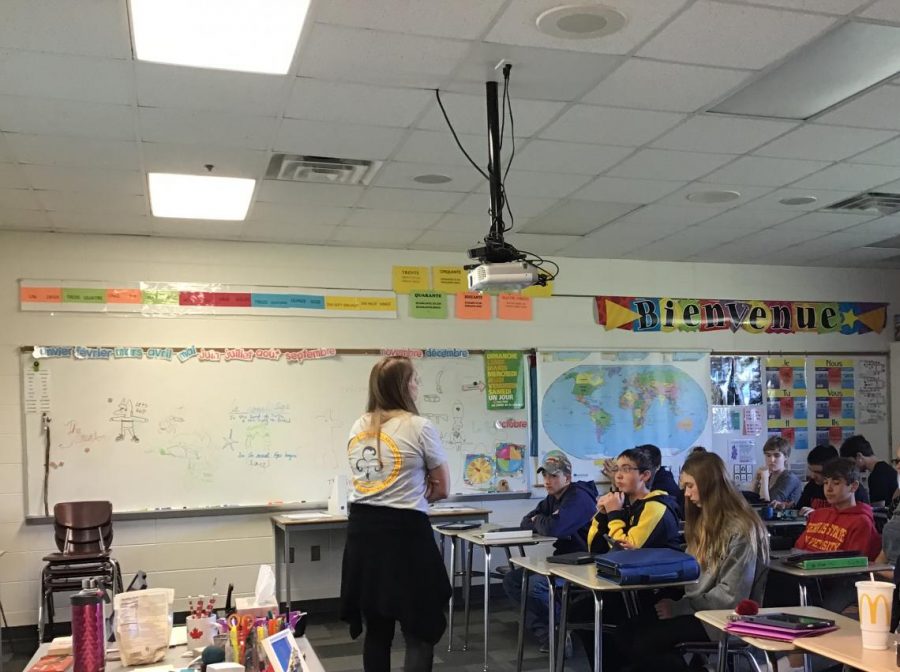 It’s pretty difficult to imagine teachers as students, but at some point, the teachers of Chelsea High School were all going similar classes—maybe even the same classes that their own students are in now.

This is true when it comes to Madame Katherine Beck, who is Chelsea High School’s new French teacher. She has been speaking French for ten years and started learning the language during her freshman year in high school just like many of the students she now teaches.

When Beck started college, she decided to take French once more. It was in college that she realized how she felt about the language. She remarked, “I really loved it, I loved all my classes and I wanted to just keep taking French, I had enough credits so I figured I should major in French.”

Although she majored in French she still didn’t know if she wanted to be a teacher. However, when she taught English in France for a year she finally decided that teaching French is what she wanted to do as a career. When making the choice to become a french teacher she thought to herself, “Ok I really want to do this, I love French, and I want to speak French every day.”

There are many benefits of learning a new language, but for Madame Beck, her favorite part of speaking French is the ability to understand the perspectives of people living in completely different countries. Also, being bilingual gives you access to an entirely new culture, that would not be accessible if you didn’t speak the language.

Madame Beck likes to use authentic resources when teaching to expose students to how the language is actually used. She says she often asks herself “How would a French-speaking person interact with their own language.” She uses videos to teach how teenage French students have conversations and uses real French music to share the culture with her students in a fun way while advancing learning.

She has been teaching French for four years and is teaching in the same room that she was once a student-teacher in. Beck said, “It’s really special to be back in the same room, in such a great school district, with awesome students.”