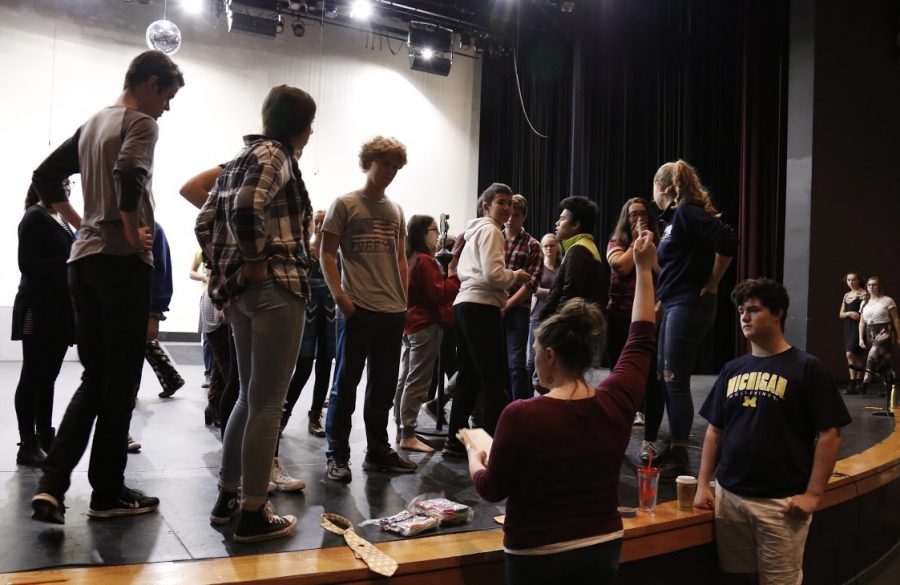 Chelsea High School’s Theatre Guild performed its Winter Showcase on January 25th and 26th. This showcase allowed students to choose any theatre or musical related talent that they wanted to display.

Hackett was involved with a variety of showcase scenes, including acting, singing, and her own solo.

Regardless of the talent a person or group chose to showcase, they signed up and set up a solo, a duet, or a group to demonstrate their chosen talent. Some people were a part of the showcase as a performer, and some were involved as a part of the tech crew.

Both groups were mutually important, because tech crews made sure everything ran smoothly.

Some who were involved with the showcase weren’t just preforming or backstage, but did both tech for some scenes and performing for others. An example of this is Emily Rosolowski, a junior who both performed and helped direct scenes.

“[Directing] is still new because I don’t know what I’m doing some of the times,” Rosolowski says. “With showcase, it allows me to do my own thing and actually find out how I direct and how I can grow from that.”

Rosolowski enjoys the fact that students can use Winter Showcase to learn and grow in areas they might not be as confident in. Many students like the personal choice that the showcase offers.

“People get this chance to do what they want,” Hackett says. “When you’re doing a show, sometimes it’s not the show you wanted to do.”

The showcase is a truly rare opportunity that gives performers the creative freedom to not only choose their own script, but also to cast themselves in the roles they know they would work best in.