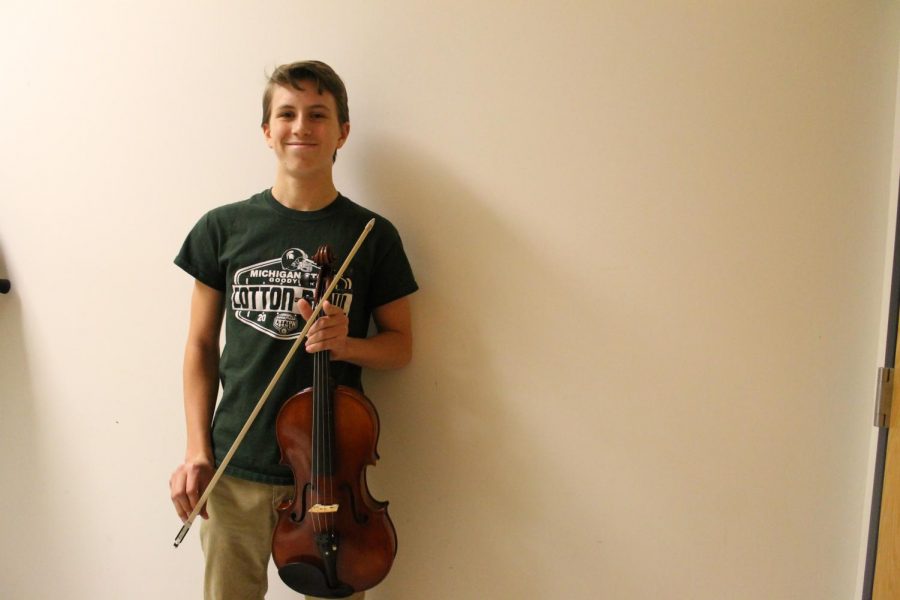 Despite his unusual last name, Nathan Banotai seems in all regards like a normal student here at CHS. The energetic sophomore attends grade level and honors classes, laughs at stupid jokes, and attends various sporting events. But what defines Nate is not on the surface, but rather what he holds inside his head.

Nate started by rattling off his interests, and the sports he is active in: “I’m in wrestling and track. Wrestling is definitely my favorite sport because everyone comes together as a team to train and compete… all you do in track is run.” Nate mostly wrestled JV his freshman year, but was moved up to varsity several times. He is a decorated sprinter, earning several points for the Chelsea team during his first high school year.

Despite his success in sports, Nate chooses to focus largely on improving Chelsea’s school experience: both his own and others’. “I want to be a student that’s helps Chelsea to be a better place. I think it’s important to get good grades so the school looks good, and that’s what I’m doing, but all of us also need to be more active in other students’ lives, especially the ones who are depressed. That’s why empathy and [positivity] are so important to me.”

While talking about his past and future, Nate said: “I wanted to be an engineer as a little kid. But now after business classes with Mr. Scheese, that’s what I wanna go into instead.” Nate also has a pretty detailed plan for his future. “Like I said, I want to go into business, maybe I’ll own my own. Interacting with people is one of the main reasons I like business, but I think the free time would be cool too. Getting through college with a BBA and an MBA (business degrees) is important to me, but I’ll try to keep an open mind.”

As you can probably tell by now, Nate is pretty extroverted. “I do like talking to people,” he says, “but I’m not open all the time; I know when to keep my mouth shut.”

Nate may know when to keep his mouth shut, but nothing is off limits when it comes to politics. When asked about his views, he laughs: “Yeah, I’m a pretty strong liberal, while most people here at CHS are conservative. I like to give people my opinions daily because I hear a lot of stuff I don’t believe in, and that’s just not good to me.”

Nate demonstrated his left-leaning views when asked what he would do to change CHS: “I would bring in people to make CHS more diverse somehow. I think we have too many white kids—” Nate laughs, “and we need more viewpoints.” He spent November 2nd working towards that goal of diversity, surrounded by students and teachers from all around the Ann Arbor area. On top of that, he plans to attend CHS’ own diversity meetings, starting December 4th.

Nate Banotai finished by summing himself up: “I’m someone who kinda works hard, I’m not that smart, but I try my best. I’m always positive; negativity sucks the fun out of stuff. I like to think of myself as empathetic: [my best attribute is] helping people and relating to them.” Nate usually achieves this through his high-pitched laugh and kiddish smile, which he totes around nearly everywhere.